Par for the Kourse 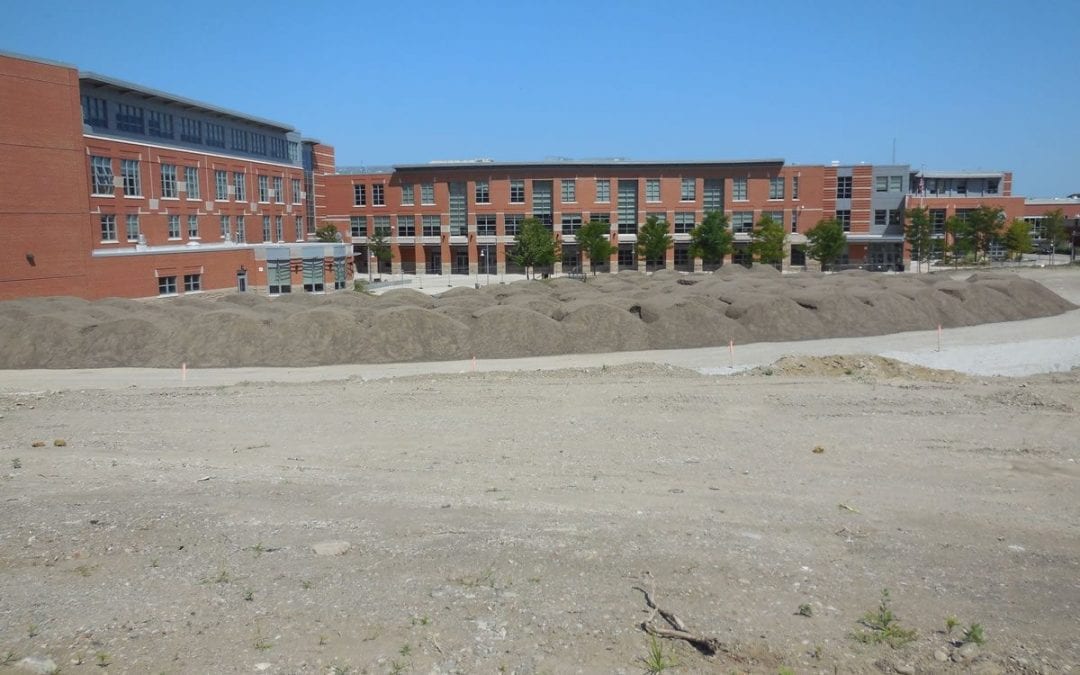 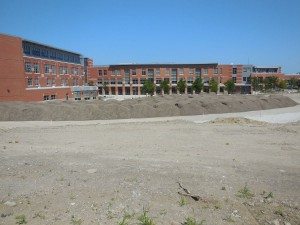 City Hall announces plans for the Thomas P. Koch Parcourse Park and a memorial parking lot at the former site of old Quincy High School.
Concurrently, School Committee Chair Mayor Koch – a well-known physical image maven himself – also announced that the new parcourse would be a key component of a major upgrading of the physical fitness program for all students at Quincy High.
While a recent tragic event may have delayed completion of in-house grading work on the site, as one can see from exclusive Quincy Quarry photography, the parcourse’s hilly cross training segment is already largely completed.
Further, Quincy Park & Forestry Executive Chris Cassani said that “new sod should be laid at the site by the end of September. He said the project – to include a new stone wall, benches and parking spaces – should be mostly finished and open to the public in November.”
Additionally, Koch Administration PR Flack Chris “Pinnochio” Walker announced that when the parcourse might actually be fully completed, both Fall On Ambulance Company and Dunking Doughnuts have already agreed to be the official lead sponsors for the mayor’s official first run through at the parcourse’s dedication. 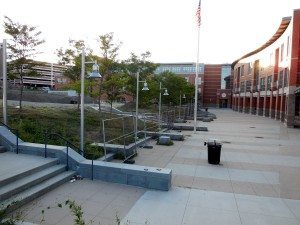 Whether or not the services of second tier event sponsor Keohang Funeral Parlor might also be needed remains to be seen.
In any event, given the currently guesstimated no earlier than late fall completion of the parcourse, the anticipated wearing of warm-ups by the mayor instead of shorts will be a very good thing for this latest local photo op event.
In the meanwhile, the construction site of this also widely anticipated Quincy Center MBTA station satellite recreational apothecary as well as latest municipally-built homeless residential venue has yet to be duly secured and as is demonstrated via exclusive Quincy Quarry photography.
So what, apparently, for the fact that a new school year starts this week.

Sam Clemens is a self-taught itinerant writer with a talent for pointedly pointing the foibles of the status quo. His commercial ventures, however, have tended to be less than successful. Widely travelled, Sam is best known for penning a colorful aquatic travel log as well as his commentaries on race relations. Photo Courtesy of Alex The Jester http://alxthejester.com