Yet Another Pivot Pending on Quincy Center Redevelopment Plans 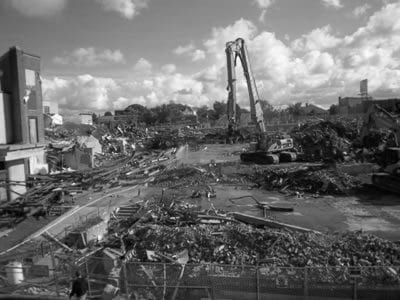 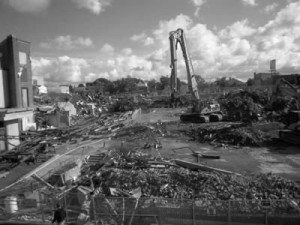 Quincy Mayor Tom Koch has announced that he has retained Redgate Real Estate Advisors to develop yet another plan for a New Quincy Center.
A key hope for this latest pivot on the currently moribund private sector activity to develop a New Quincy Center is to encourage multiple new developers to come on board to replace the departure of one-time single master developer Street-Works.
Redgate Real Estate Advisors is a lead advisor on plans to develop at last report as many as 352 apartments in Marina Bay and which are projected to ask the highest per square foot rental rates in Quincy.  Actually commencing construction, however, appears to be slipping and rumors abound that project financing is still in the works.
Quincy Mayor Tom Koch has previously suggested that current expectations for Quincy Center are that its redevelopment will perhaps be as much as 20% less ambitious than Street-Works’ now-imploded plans for Quincy Center. Given the past as prologue, it is thus only reasonable to view this downsized figure as the current best case pipedream. Further, this lesser target might only eventually perhaps be reached at some far distant date which no City Hall official will even but generally intimate short of waterboarding or some other “enhanced interviewing technique(s).”
In any event, this anticipated downsizing of the grand dream did not stop Mayor Tom Koch from using an old Street-Works rendering to fluff up his announcement on the City of Quincy website that he had retained Redgate Real Estate Advisors as his latest outside advisor.
Additionally, perhaps fortuitously – or perhaps not, Mayor Tom Koch’s announcement very specifically notes that Redgate Real Estate Advisors is not – at least currently – planning to invest any money in its pending proposal for a major revision of the plans for a New Quincy Center.
Perhaps long ongoing discussions on the subject of conflict of interest have finally registered.
At the same time, actual funding to pay for Redgate’s services is already in question.
The Koch Administration claims that it will pay Redgate Real Estate Advisors directly from “good faith” and other deposit monies forfeited when Street-Works left town.
Conversely, certain City Council members have only properly noted that the council should be asked by Mayor Tom Koch for its approval before he might be spend any of these funds – even for merely but modest meeting catering expense outlays.
Whether or not there will be a showdown between the City Council and Mayor Koch over Koch’s spending habits remains to be seen.
]]>