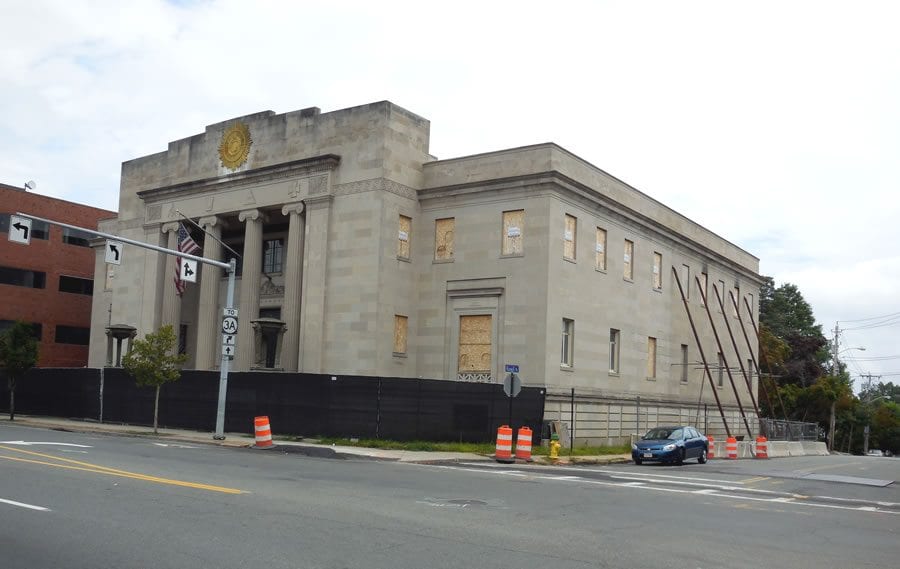 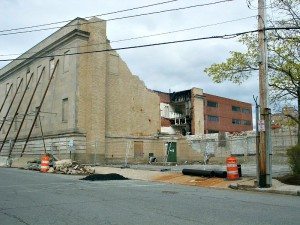 Adding to the Berlin circa 1945 bombed out feel of Quincy Center of late is the current sad state of what little is left of a grand building that was once full of all manner of priceless and mostly local historical treasures spanning literally centuries.

As for the rumors that Mayor Koch is planning to resurrect what remains of the burnt out hulk of the former Masonic Temple into the Kochstag, the Quincy Quarry didn’t bother to reach out to City Hall as both honest as well as comprehensive answers are all but impossible to extract from it.

For those not familiar with the World War II comparison: