Life after Quincy – A Young Family’s Exodus to Greener Pastures 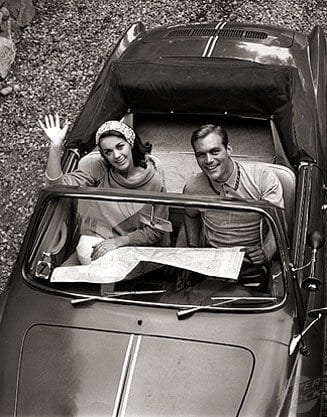 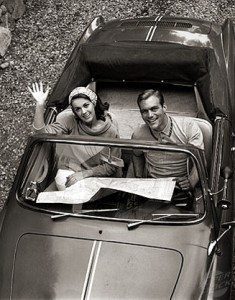 Note: this is Part Two of a two-part story.  See Part One.

Recently one of the editors of this esteemed website contacted me to ask if I would write a piece on my time spent in Quincy as well as reflect on the reasons for my eventually leaving.

Previously I wrote “An Ode to Quincy,” a piece that was picked up by the Patriot Ledger.

Given the subsequent lockout shortly thereafter of a wide ranging as well as often wild community of anonymous commenters on the Patriot Ledger Online, many of whom who had previously both praised and critiqued the City of Quincy, either found some actual work to do or happened upon other means of communication.

For example, a number of us old regulars found ourselves a new sandbox on Facebook where former Patriot Ledger all-star commenters spend our days sharing political and cat memes as well as theorizing about the current whereabouts of the “TheGOPisCrazy,” my grammatically retentive and long ongoing arch nemesis.

My personal favorite domicile theory is at the Bridgewater State Hospital.

After 7 years of happy as well as not so happy homeownership, my wife and I left our beloved Q for greener pastures in the Deep South Shore.  In order to protect our privacy, I’d like to not mention the exact town but it rhymes with Fluxbury – a town widely known for dissected drug mules, gang shootouts and oyster beds.

In the interest of fairness, I must note that my wife and I never planned on staying put in Quincy.  Our goal was always to move south with our 2.3 children to a home with a white picket fence and a large yard.  So here I now am with exactly that in hinterlands of the South Shore.

At the same time, I must note that our circle of friends includes several born and raised Quincy folk who had planned on staying but who have instead also flew the Q.  Additionally, in our travels about during the past year since moving south, we’ve met numerous other former Quincy families now living in exile.

Further note that I’m not talking transplant/passers through the Q like my wife and me.  Rather, I’m talking diehard born and raised Quincy hardcore.  These Quincy transplants have brought along many time honored Quincy traditions to the Deep South Shore, including getting drunk at 9am at the Thanksgiving Day football game, screaming “North sucks” and other such “Quincy-isms.”

Our current local watering hole Down South has accents as thick as any at the Irish Pub (parking in rear).  You’ll often overhear the words Merrymount or Faxxxin Pak in other conversations.

In previous generations these folks would have planted their butts directly in Quincy as well as been third, fourth and even fifth generation lifers with jobs at the DPW, serving their time as cops or firemen spending their days polishing brass.

Then again, absent any residency requirements for City of Quincy employees as well as the ease of maintaining voter registration in the Q for some, many could well still be Quincy legacies.

Heck, even I haven’t completely cut the cord.  There are a number of key services that I can’t live without.  I’m back in the Q at least two or three times a month for things ranging from haircuts (shout out to Kerry at Roots in Wollaston) to tailoring (Shanghai Tailor).

Whenever venturing back to Quincy, there are a few things I miss dearly.  First and foremost is good sushi.  You can’t find the equivalent of Fuji sushi anywhere on the South Shore.  Similarly, there is no substitute for the Fat Cat’s Lobster mac and cheese.

Another thing I miss is the ease and convenience of having just about everything within a but one mile square area.  For example, walking to my favorite watering hole.

Plus, where else but Quincy can one go to the bar, score a tattoo, eat a wedding cake, cash a check, enjoy Thai food, get a haircut, buy a mink coat, find a temporary job and learn Irish Step dancing within 100 yards?  This is exactly what makes Quincy so convenient.

Things I don’t miss include waking up to finding my car with a door open and ransacked (twice).  It’s a major problem in every town, I know; however, so far so good Down South.

Also not missed: neither being able to actually use a beach nor partake in (safe) accessible outdoor activities.  Wollaston beach is nice to ride along on a bike; however, when it comes swimming, its contamination levels rival Chernobyl.

Similarly, where can young families in Quincy take their kids on a hike without stumbling on used needles and trash?

My wife and I used to love to hike around areas such as in and around Nickerson Beach, Chapel Rock and the rest of Squaw Rock Park; however, things degraded to the point where we were scared for our safety given the considerable increase in all sorts of people out and about openly doing often seriously illegal drugs.

Returning to the ultimate question fueling my meanderings: why is Quincy losing the battle to retain young families?  For me and the many other people I talk to, there are two main causes.

One is the disappearance of a neighborhood feel.  My friends grew up in Quincy neighborhoods, they stuck together as kids as well as remain friends to this very day as adults.  Now, however, neighborhoods where kids could spent the day and night playing outside are long gone.  This may well be a problem that is not one strictly endemic to Quincy, but rather perhaps a generational one.  In any event, I attribute this dramatic change to Quincy’s changing demographic.

In my now former neighborhood in Norfolk Downs, there were three different groups of people living together on the street.  None of whom played together, much less socialized together.  We had some fantastic neighbors, but the extent of the neighborhood feel was but two houses up the street and two houses down the block.

The other huge problem – and which I’ll say until I’m blue in the face – is the dramatic increase of crime in Quincy.  When we first moved to Quincy 9 years ago, it was not a concern for us that my wife would walk home from the Wollaston T after a day at work in Boston.  However, by the time our house was on the market, I was picking up my wife at the T every night for fear that she would be attacked, beaten and robbed if I didn’t.

Rarely did a week pass without some sort of assault at or near a Quincy MBTA station.  That and once we became constantly fearful that our house was going to be broken into next after the fourth break-in in the neighborhood in two weeks, it was time to move on.

So, while we’re forever grateful for our 7 years in town, unless Quincy fixes some pretty major problems, it will forever remain little more than a stepping stone for young professional families.