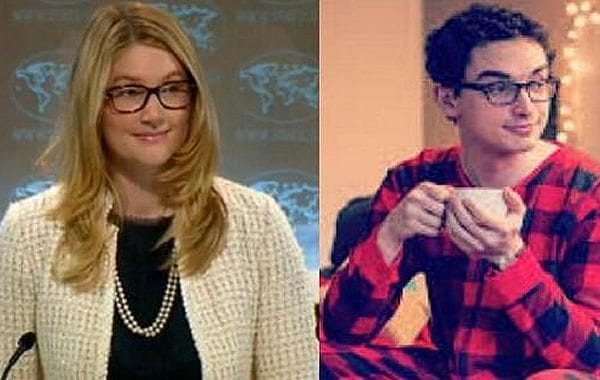 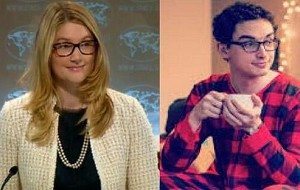 Long suspected but now apparently a full-blown rumor, Obama Care’s androgynous, man-child, cocoa sipping ‘Pajama Boy‘ would appear to have been outed.
‘His’ true identity would appear to actually be Marie Harf, a U.S. State Dept. Talking Head.
Folks seeing the photos side-by-side remark that the “resemblance is uncanny”, but then declined to provide their names or indicate whether or not they have health insurance coverage.
Some have suggested the Obama Administration is having difficulty finding staff to promote Obamacare openly therefore the attempt was made to disguise Harf’s role.
Requests to the State Department for comment went unanswered because QQ did not make any.]]>