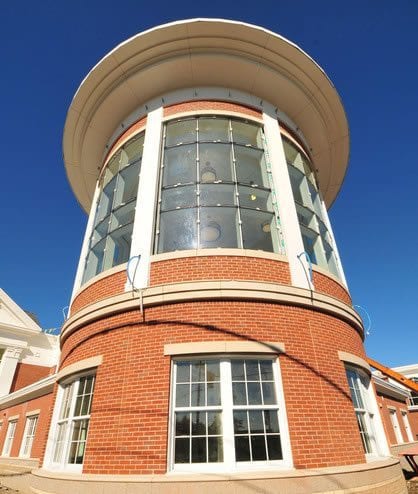 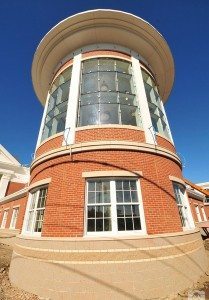 – Quincy News from Quincy Quarry News
Quincy students and residents seem puzzled by the unusual architecture on display at the new Quincy Central Middle School. “It looks like a giant salt shaker” exclaimed one bewildered 5th grader.
School staff also report that a number of people have come to the new school thinking it was a renovated Lori Ann’s Restaurant, formerly known as the Egg & I.
As such, the Quincy Quarry will be reviewing the cuisine at Central for a feature in the Quincy Quarry Snarq After Dark section as soon as possible.
Some parents opined the tower’s design was patterned after a lighthouse to harken back to the now long gone good-old-days when local residents working in the private sector at the Fore River Shipyard had high-paying jobs and steady employment.
“Lighthouse?” a seemingly bright 6th grader asked in response.  “Why would we have a lighthouse when we are nowhere near the ocean?” asked Sturgeon Chow 12, of Wollaston.
The Quincy Public Schools Department did not return our calls because we didn’t make any.
QQ disclaimer
]]>